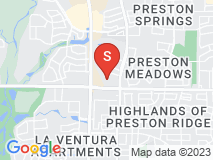 Thus far Erica. My initial contact for Temp Housing has been awesome to date. There isn’t one bad word that I can honestly say about her. She was sincere lm everything that said she would be doing through out this process, and she did that and MORE !

Dan, from my understanding was assigned to the temporary(the hotel) portion of my claim !

I must say Dan himself went above and beyond his normal duties.
Dan treated myself and my family as if we were his ONLY family & priority ! When I know or assumed that he had other cases besides my claim, but I was never rushed by him when speaking to him even if it meant leaving a message for him to call me back and or email back. It was ALWAYS resolved on the initial contact. If not he would always, always call right back to address whatever it may have been to have made me reach out via email or a phone call. Our last phone conversation was a telephone conversation after work hours, in fact, I specifically remember hearing him say that he was pulling into his driveway, and my response was me apologizing for contacting him after work hours….and he said giving the nature of the call that there was no need to apologize…. ABSOLUTELY NONE AT ALL, in fact he was glad that I did call.
He was. very diligent as was Erica.
Especially given he himself experienced, ( all the way in North Carolina) a portion of what I did here, in person(in Philadelphia) at the HOTEL !!!
Dan explained that THD) has a HUGE. DATA BASS) where he could have switched us to another hotel that could have been much.bigger and with a kitchen in if
We spent so much once while there. Especially during the week when the kids were there having to buy breakfast, lunch., and dinner. In addition to that DAILY SNACKS !!! They’re kids !

Thank you so much, Attia...we truly appreciate the feedback and are so happy your time with THD has been a great experience and that Erica & Dan were able to provide Peace of Mind through a difficult time in your life. Wishing you well always, Christina