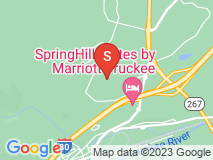 I didn't give 5 stars because the technician noted a blown fuse, promptly put another in which also blew (as he expected it would), fixed the problem and replaced the fuse again which held; then left an extra fuse in the machine 'just in case'. It wasn't until I was paying for the service that I learned I had to pay for each fuse ($5 which isn't very expensive but it seems at least one (the first he put in as a trial) was unnecessary and that I should have been informed I had to pay for them.