Business Description:
Striving to earn your trust and become your Home Remodeling General Contractor of choice since 1996.
5 350 reviews 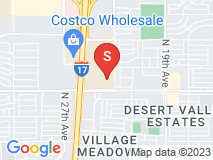 TWD WAS A GOOD CHOICE!

We've recently completed an addition to our house using TWD as our contractor. Our intention was to add a bedroom, bathroom, small hallway and closet. As with most construction, it took a lot longer than we thought, but now that it's done we are very pleased with the results.

Our project manager was Austin Ansbach, who was really the highlight of the build. His friendly personality, efficiency and determination to keep us in the loop was way beyond what we expected. Although we're quite certain he had other projects to monitor, If we called or texted, he responded immediately, And, in construction, that means a lot. Especially since we were 1,000 miles away, living in Boulder, Colorado, for the first 4 months of the project. TWD uses a link on their website called Builder Trend, and we were able to see photos taken of the step by step build.

Not only did TWD do a nice job, but they were quick to respond in the beginning, with a personal visit when we called and inquired about doing an addition. And, because we were in the house during the last few months of the project, we met all of the sub contractors who were without exception, considerate of our presence, and focused on their specialty. It appeared to us that TWD has high standards of their subs and wants to be proud of their work.