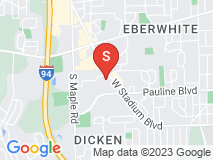 Called to have them come to the house and look at issues with my televisions/sound systems this dragged ion for three weeks even though I stopped by the store and spoke with them due to wanting this done by Xmas. Kept being told they would call after “meeting with the team” never heard one word for three weeks until after I called 4 times and stopped by once did I get a call saying I was a “low priority” would have been nice to know earlier. Try to stay with local businesses but just horrible service and communication.

Hi Michael - We apologize for the miscommunication on our end and the inconvenience it has caused. Due to overwhelming demand, our AVS installation team has been booked through the holidays. We appreciate your patronage and hope we can help your project ASAP.