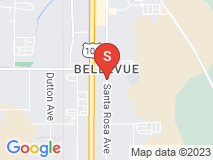 I wish I had read the reviews before renting from here because had I known they have a constant track record of renting people dirty and unsanitary vehicles and their employees are extremely rude and arrogant, I would have never chosen to do business with Smiths Rent-a-car.

I just got back from returning a mini-van I had rented for one day.
I was renting the vehicle so I could move my larger belongings into my new place.
They accused me of having a dog in the vehicle.
I don't own a dog and I definitely didn't have any animals in the car.
The vehicle was not very clean when I received it and had clearly not been previously inspected because there were jelly beans throughout it in some of the crevices, there was a dirty shoe in the back, a Christmas card in the cup holder, and there was a funky smell.

They didn't want to listen to anything I had to say and were extremely rude to me, they gained up on me and argued me repeatedly telling me that there WAS a dog in the car.

The employees here are extremely incompetent and because someone didn't do there job right with the previous renter, they charged me a cleaning fee which I shouldn't have had to pay.

I do not recommend Smiths Rental Cars at all and I will be sharing my experience with as many people as possible.
You are better off renting from Turo.