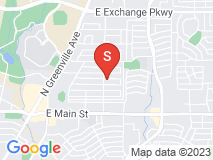 I scheduled an appointment with this company for a carpet patch and my appointment was at 12 pm on Friday. I had to call them because it was way past 12 and no one had showed up i was then told by the manager Ed they were running late and would be there soon. It would have been nice to get a curtesy call instead of just sitting there wondering. The technicians finally arrived at 1:36 and i was then told that i had to have extra carpet in order for them to do the work. I was NEVER told this in any of my initial conversations with Ed. So of course i do not just have carpet sitting around i had to cancel the appointment . I called the owner Ed to question why i was not told this upfront and he rudely told me that he tells everyone that even though i was 100% sure he never gave me this information up front. So i have waisted time and lost money leaving work early for nothing. I will be getting the work done by another company and i would not recommend this company to anyone

We value every review be it positive or negative as they help us be better at what we do. In Kevandrias case she was informed both verbally and in written form via email on how to prepare for our arrival. A point that reminded her of once she lodged a complaint. In addition, we give each customer a window of arrival not a dedicated time. Unfortunately our scheduling system does not know variables so it sent her a time of noon. An issue we're working on to remedy. Our 5 star reviews speak for themselves but as a company we can only take so many steps to accommodate our customers expectations. In this case we covered every base but still came up short. We apologize for your experience truly.