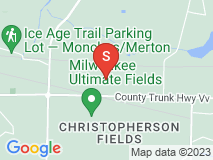 Bought the system many years ago when they were in Grey electrical boxes. Eventually the pump wore out but I had bought 1 refurbishment with the original. When I called they said they were not repairing the old Grey units but instead sent out the new green compressor unit. Only gotcha was the Cord was a couple of feet shorter so did not reach the outlet without a short Extension cord and silicone sealant to keep water out of the connection. Saved me the cost of sending back the old unit. I recently had the tank pumped and discovered that the effluent filter had disappeared into the bottom of the tank never to be seen again. Ordered the 8 inch blue one which seems to fit pretty tightly between the wall of the tank and the concrete baffle with the handle ontop of the baffle. Will see if the gremlins eat this one as well as the 2 yellow ones and 1 other. Drain field is still kinda swampy but it doesn't smell and it drains eventually into the sand around here.