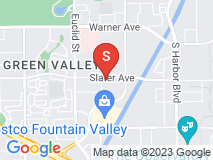 I began researching electric bikes after my wife returned from,a trip to Germany and told me I should look into the, She rode one with her aunt there and they are very popular. I began looking at different bikes, inexpensive to very expensive and found Pedego. I decide to drop by the nearest store in Arlington, Virgina, where I met Todd, the owner and his brother. I can't say enough great the=ings about them. troy welcomed us into the store and explained the different models of pedego bikes that were available. We then signed a release and took off on a test ride of a City Commuter and an Interceptor. Todd actually jumped on a bike and took us down the road where he explained the bikes. he left us to fend for ourselves and we found rigding in the midst of traffic and pedestrians on a busy Saturday afternoon was very easy. While I was hesitant at first to spend too much money on a bike, I didn't hesitate after I rode a couple of different models. I am 63 years old, overweight, and had both knees replaced. Riding the Pedego gave me a good workout buy did not strain my knees. I ordered my bike that day, and both Todd and troy (and Troy's daughter?) kept their shop open past closing to take care of us. My bike was ordered and I expect to see it in about 10 days. I can't wait to start riding with my wife (on a regular townie) who loves to ride. There are a lot of trails nearby so we have lots to choose from. I will update this after I get on my new pedego!