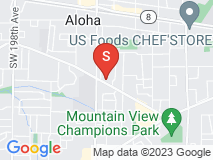 Good guys who do a really good job.

Sparks Garage did some indoor work on my home sound system. That was the big thing they did for me. They also rewired and made work my motor home sound system, which was wildly complex. That job was three TVs with five different inputs per TV, and they had to make everything available everywhere. They did an excellent job of it, and they kept it real straight.

The very first project I had them do was to replace a broken sounds system on the exterior of my motor home. I also had them repair the radio in my car. They took it out, mailed it in to get it fixed, then put it back in, and they did a good job of not causing any other damage or problems, and they got it done the first time.

Jon is a good guy who does a really good job. He knows his stuff, and he will tell you if he doesn't. Since the first job, I have had him do two or three different jobs, and it has all worked real well.