Brick Doctor has specialized in repairing, restoring, correcting, and improving all types of masonry for over 30 years. 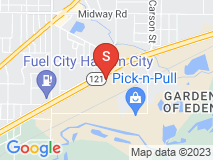 I hired Brick Doctor to repair a bunch or worn away mortar joints on my house, and repair some cracks in the bricks and stone facade. The mason showed up when promised and performed some kind of sorcery. All the joints were repaired like they had never been worn. Somehow he matched the color of the old mortar so unless you were searching you would not be able to tell where the original ended and the repair began. The cracks in the bricks and stone are no longer able to be found. And he made it all look easy. I could not be more impressed with the work and the interaction with the office.