We service all brands of major kitchen and laundry appliances. Our technical staff is Factory Certified and Trained. 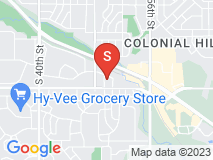 My "Go To" business for appliance repair!

I had a problem with a dishwasher, and it was an unusual problem, difficult to diagnose. Andy's initially tried replacing a part, but that did not resolve the problem. Andy's promptly refunded my money for the part. A few days later, I discovered that the dishwasher had been leaking. Andy's came out again and correctly diagnosed a leaking sump... at no charge. Due to cost of the sump and age of the dishwasher, we ended up buying a new one. Andy's stands behind their work, and they followed up with me to make sure I was satisfied. I will always call them first for appliance repair.