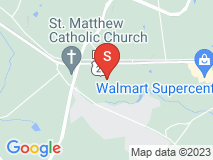 The MOST EXCELLENT Service

We had a water main break right at the foundation of our house for the second time since 2019. It goes in through our foundation in the basement. Six feet underground. I called and spoke with Amanda at noon. On the Thursday before Memorial Day. She told me she would call in 30 min with a timeframe. She called back and said between 2p-5p. Then called again at 1:30 and said our guys can be there in 15 min. Pedro arrived as promised. Very professional and courteous. Super personality. Less than 10 min later, Dylan wheeled in with the Kubota tractor. And soon, John came as well. They all three were kind and personable and professional. Not only did Pedro predict in advance what was likely to be the culprit, he then (with the help of Dylan) dug to find the problem and take the time to show us the problem. He was right on the money. He then showed us his repair. They all did a thorough inspection of the interior pipes and put a new shutoff inside for us as well.

I love excellent customer service. But these guys (and Amanda and Kimberly) were SUPERB! From the time I called until the final repair was done and they were cleaned up and gone… 3 hours and 45 min. I immediately called the office to brag on Dylan, Pedro and John. But I wanted to share this review. I will never call another plumber again!

Thanks guys! And gals!

Hi Mandi, we are sorry that this happened again to you but happy you found us! We appreciate you sharing your experience. Thanks again!