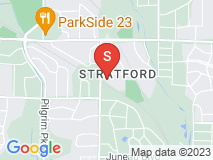 I called Lake Country Repair based on the reviews...have had and used a VERY reliable, fair person for years in the Wales area. He was not sure he would be able to repair a GE washer based on past experience with GE (getting parts) so I looked to the website for an alternative.... I so wish I would have given the other appliance service the chance to try and fix our washer. First of all, the appointment was scheduled between 1-3. I even had my mother-in-law come over in the cold to make sure someone would be home.... I had to leave to get my boys from school, and upon my return home (15 minutes total) my mother-in-law said the phone had rung, but by the time she got there, no one was there (and no message). I immediately called back to see if I missed Doug. I was told to call his cell in case that was him (to this day, I do not know). My call went to voice mail, but he did return my call. He told me he couldn't be there until later...(at this time, it was 2:30pm). He asked what a good time would be and I responded "NOW" - He said he couldn't be there then. I told him I had to leave by 7pm for the evening, I also had a car that was being serviced that I needed to pick up and I didn't want my 80 year old mother in law driving home in the dark unnecessarily. He asked if I needed to be home when he did the repair. I was not at all comfortable having someone I've never met in my home alone so I responded that Yes, I did need to be there. He then said he could be there after 5. (keep in mind the appointment was 'either' 1-3 (as I had requested) or 2-4 as he told me - REGARDLESS, 5pm is not either! He was at my house a total of 25 minutes. What it ended up being was a clogged drain pipe.... He proceeded to wet vac it out... spilling water ALL OVER the floor immediately in front of the washer - which I cleaned up.... (not him). He then showed me the drain, all gunked up... For which I cleaned it off... He started to put it back in the washer and it was still quite filthy so I said "Shouldn't that be rinsed off?" (Since that ended up being the reason for the service call). So once again, I washed it off and he inserted it back in... So, he wet vac'd out the pump, emptied it once on our lawn, I cleaned up the mess he made from the water, I cleaned the gunk off the pipe, I rinsed it off, HE put it back in and closed it up.... Total appointment time.... 25 minutes... Original bill $175... BUT if I paid cash, I received the 'bargain price" of "only" $150. TOTAL RIP OFF ! Never have been so disgusted and so angry in my life with a repair service. The one good thing, the washer is working BUT I Will NEVER use them again and would NEVER recommend them.

Did not arrive on time or in the time frame promised. Spilled water all over the floor in front of the washer, which I cleaned up. I also cleaned off the gunked up pipe and proceeded to stop Doug from putting it back in dirty, as I thought it would be a good idea that the pipe be rinsed off (since that appeared to be the reason for the service call) first. Very disappointed in the exaggerated bill. NO parts were needed - the entire arrival to departure time (including filling out the inflated bill) was a total of 25 minutes. Am so angry at myself for not calling our reliable, trustworthy and fair repairman we've used for so many years..

Thank you for your feedback. We are always working to improve our service. It is our practice to always call before we arrive. In this case, we were unable to reach you. When we did finally reach you and came out, our work was hindered. Our work methods are clean, professional and courteous. We always clean up after ourselves. If you would like to discuss the matter further, please call our office and ask for Doug.