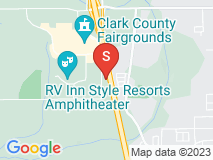 I hired Big Al's to move my furniture from one part of my house to another as I was having my floors refinished. Al came over and estimated that the move would take 3 to 5 hours. I called to schedule an appointment with Beth. The only day they had available was a Saturday. I was informed that they had a 4-hour minimum on Saturdays. At $167.70 per hour for 3 movers plus other "fees," the charge would be $823.97. Beth told me she could waive the 4-hour minimum, stating that she knew they would make the time up moving my furniture back after my floors were finished. I paid a $400 deposit ($200 for moving out and then back in another day). I thanked her and awaited the move.

The movers showed up on time and were professional. They did a great job. When they presented me with the bill, it was $623.97 in addition to the $400 I already paid. I informed the driver that I was told the 4-hour minimum was to be waived, but he didn't know anything about it, so I paid the full invoice assuming that it would be corrected on the move back into the house. And by the way, the move took 1 hour.

I called and spoke to Stacy to ask about the incorrect billing, she told me that I had to pay the 4-hour minimum. I objected. She had Al, the owner, call me. I told him what had happened, and he said that they never waive the minimum. I asked him to put Beth on the line with us, but he refused. I stated that my expectations were that they come move my furniture back, and if it took longer than 3 hours, I would pay the balance, but if it were 3 hours or less, I would consider us to be even. Al told me no. Any further work would incur additional charges. They have refunded $200 of the $400 deposit back ($200 deposit for each day) I was charged $823.97 for 3 men’s labor for one hour.

I have since cancelled using them on the move back into the house. It was my mistake to trust them without getting it in writing. It's sad that a local company can't back up what a long-time representative of the company tells a client. I cannot in good conscience recommend Big Al's Specialty Movers at all. Yes, the movers are great, but their honesty falls short. Very short.