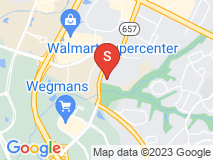 Very professional and did a good job!

MasterWorks Painters did a great job. They cleaned up after themselves. They were relatively timely and didn't seem to always communicate with each other as far as what was going on. They showed up doing one thing, when the crew was told they were going to do something else. Other than that, the workers from MasterWorks Painters were very professional and did a good job. That's what I would recommend them on. They did a professional job when they got it done in a timely manner.