Window-ology is fast approaching 30 years of service in the Bay Area. We specialize in Custom Blinds, Shades, and Shutters and retractable awnings and more. 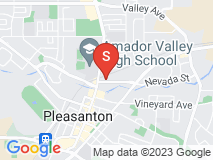 We had Norman shutters placed on all the windows in our home, and Window-ology came out on three different occasions: Once, they did probably three-quarters of the home with shutters; and then they came back to do the remaining shutters the next time. They were always very professional, timely, got the job done quickly, and cleaned up behind themselves.

The sales staff that came to our house and measured were also good. The first person who came out initially, I really liked him a lot. But the second time we didn't proceed, and the salesman who came out was OK--he put a scuff on our wall and I wasn't pleased with that. The third time they came out and remeasured, and the person was professional and did a good job. I like the Norman shutters and I'm thinking to call and see if they do any type of servicing as far as the joints are concerned--because some of the joints are starting to separate.