We are your advocate. We are a law firm that focuses exclusively on the needs of those involved in the criminal justice system. Additional website: ventura-dui.com 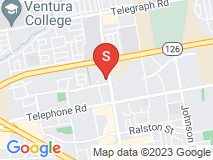 David Lehr is an outstanding attorney and even a more outstanding person! He is the first attorney I have ever come across that genuinely cares about the client and the outcome of the case. My brother, may he rest in peace, actually had me hire David to sub out another attorney I had regretfully hired. My brother was diagnosed with a terminal disease and was arrested one year before he passed. My family nor my brother could imagine him dying in prison. The first court date after hiring David, my brother was out on sick stay until he passed away a year later. Without David, my brother would have missed sharing time with his then 4 year old son, something that you can never get back, time.... Thank you David Lehr, for everything.