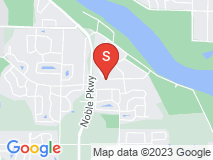 He made the process painless! With his help, it wasn't as bad as people say!

Scott Anderson of Anderson Law Office is very confident which makes me confident of his ability. He was on top of my case all the time. He called me every time he heard from the DA or had new information or anything. Whenever I had a question, he knew the answer right off the top of his head. He was in touch at least weekly. I felt that he was in control the whole way through, from the very beginning to the end. I now tell my friends that if they get in trouble to call me first because I know the guy for you. Scott Anderson is a real fighter. I was totally happy with his service. I recommend him to everybody, even my worst enemy. My fines were less for my second offense than my boss's were for his first. I also got a lot less classroom time. Paying the lawyer's fee was well worth it. Five stars across the board for Anderson Law Office, Scott L. Anderson.