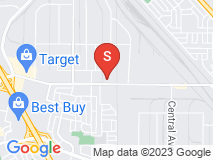 A gentleman, an advocate, and as knowledgeable as can be with your plumbing needs and interests.

James, the owner of Capelli Plumbing, is a wonderful young man. He came to me at a time when my need was great, and was like an angel. He thinks hard about what is best for you and your family, and will never give you the run around. You can really tell how much he cares about his customers.

The chain of events that lead me to James all began on memorial day weekend, when my husband and I called our regular plumber at the time to have our line cleared. The serviceman that came out insisted on using some newfangled method that involved water, and wanted to sell us a contract package. He wouldn't just clear the line out, and it was like pulling teeth to dismiss the contract idea, which cost $1,000. Finally, we had to ask him to leave without fixing our problem.

Afterwards, our son recommend someone else who was able to come the next day, but they were only able to keep the line clear for a week. His boss came out when we called back, and he tried to sell us a contract, as well. I could tell this gentleman hadn't been out in the field in a while, and he ended up leaving without charging us, because he couldn't clear the line.

At this point, I went to to phone book to start making calls. I saw this picture of James and his family, and I immediately knew he was the guy for us. From the moment he picked up the phone, James was not only a gentleman, but he also proved to me that he knew his business. He didn't beat around the bush, and came right out. Stepping from his car, he was like a walking book of knowledge. He came right in and resolved my issue. He's a nonstop worker, and really contributes. He was our advocate, and like a warrior in the way he arrived at our time of great need. He cleared the line the first time, and gave us a great deal.

When the drain back up again, James knew that something else was the matter. He called a friend of his who specializes in sewer lines, and they brought out a camera to fully explore our system. He did this for free, just to know where we stood.
After using the camera, he was able to select a different course of action that involved something with a balloon. Whatever it was, it worked, and we're now finalizing everything.

James has been looking out for us from day one. He's been a constant advocate, and you just don't see that anymore. He really deserves to do well. When you ask him a question, he doesn't just give you an answer, he stops to think about what you said, and comes back with different scenarios, and responses to each. Also, he actually answers his phone, even when he's down in the dirt. You won't find a more honest, dedicated plumber out there. I feel very fortunate to have found Capelli Plumbing.