We are a family owned wildlife removal and pest control business serving Michigan and Colorado. 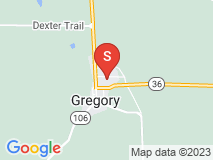 I was cleaning up Fall leaves when I noticed something had been burrowing in the dirt at the bottom of one of my window wells. Looked like a groundhog to me. My first thought was to kill it with poison, but my teenage daughter objected to that idea and I was also afraid it could die somewhere difficult to access and leave a terrible, long-lingering smell.

So instead I googled around and found Creature Control. They showed up when they said they would and clearly knew what they were doing. Andrew Barker inspected the site and said given the black-and-white fur he found it was likely a skunk and not a groundhog. He told me that further evidence for a skunk was that my lawn was getting torn up, likely by a skunk searching for grubs.

A couple of days later the skunk was trapped. I called creature control and a few hours later they took the skunk away, apparently to a farm many miles away where the skunk can live a happy life safe from being run over by a car.

I highly recommend. They did a great job.

Thanks Richard! Glad we were able to help. Your business and this review are greatly appreciated.