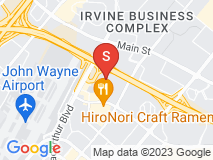 You can’t go wrong with Ron!

I was arrested for a DUI one afternoon on my way home from work. I was stopped for making a traffic error, and although I don’t drink, I admitted to having taken my prescription medicine in the morning.

This was a difficult way to learn about the law! I lost my job, therefore, became financially unstable, experienced a severe driving phobia, and went into a clinical depression, but I have to say, thanks to Ron Chini, that depression has lifted!

The ultimate result was that Ron was able to transform my DUI into a wet reckless, which resulted in much lower consequences! I retained my drivers license throughout this ordeal, and Ron educated me about the law, and the details of my case. Additionally, I did not have to go through the trauma of physically facing the court on my own until the final day of sentencing. Ron completed all the court and DMV legwork for me Additionally, he kept me up-to-date on my status, and most importantly, Ron was also supportive and kind.

I also appreciate that his price was reasonable, and he allowed me to make payments, which was a godsend given my financial circumstances.

For a variety of reasons, I highly recommend Ron Chini to anyone who may unexpectedly need an attorney!