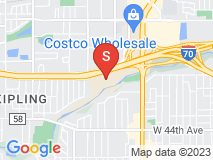 I complained about an instructor Sam, Who other students had complained about, is online but yet Harold said to me I am the only person EVER who had complained about his instructors. When I complained about being tested by DAVE for a third time because he was throwing me off with my testing, Harold said that again that I am the only one complaining EVER about his instructors, I told him I have pictures of them doing nothing and Harold said Those were SERIOUS ACCUSATIONS, as if I was a criminal, Owners were not there so this man said to me that He will have the State supervised my testing, I called his bluff I told him fine, good, I want the State there. Next day State never came. Still owners were not in school so I had nobody to come to complaint about. When I tested with Dave for the third time He was horrible driving fighting with other drivers in my testing drive. He is so passive aggressive when his real colors come out he is nasty. I wouldn't recommend this school to my worse enemy. I passed with my own EFFORT not with a get out of jail card. If Dave was nice on my last testing was because he knew the state was next or I was leaving and I was not paying the school to hit them where it hurts. Do not come to this school go somewhere else and drive Automatic is a waste of time to drive manual. This school is lucky I am going to Swift and their bill will be paid in full.

With all due respect, this student initially failed the first attempt to pass the CDL examination. Generally, training facilities charge additional tuition for remedial training. USTDS evaluated her skills and provided her with an additional 3 1/2 days of remedial training and skills practice at no charge. We are proud to say that with the additional training the student passed the CDL examination and received her Class A CDL License. We certainly wish this student all the best in having a successful career in the Trucking Industry.