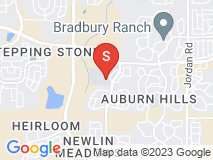 We're in love with them! Beyond expectation.

We first heard about ElkStone Basements at a home improvement show in February 2012. Our basement was unfinished but we had so much trepidation and concern about who we would hire and could do the job right. We got an estimate from them and 3 other companies and decided to go with them. They did the floor plans in April 2012 and began the project on the 1st of June.

From the very beginning, the experience with them was great. The first guy we met was Dave. We had sketched out our plans on notebook paper. He took those exact plans in our mind and developed them to architectural scale. It was an absolutely great experience from there. We liked Dave, he was genuine and concerned and believed he was a great representative of the company. We knew we'd be in good hands if everybody in the company was like him.

They finished the entire basement which is 1600 square feet. It was very quick. Everything turned out above average. I think it was a really good value, we felt it was very fair and didn't feel at all that they were trying to sneak things in. We couldn't have asked for a better project manager than Jake, he was so great. There were two very minor things: (1) the handrail stain wasn't the right color but they made up for it with something else, and (2) when our house was originally built there was a drain incorrectly installed by the original builder which ended up flooding. It was not their fault at all, but they brought out a cleaning company and fixed it even though they didn't have to. That never happens!

We've already referred them on to 3 of our neighbors. We cannot say enough good things about them so hopefully others will use them too.