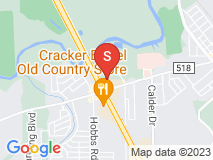 Prestige Flooring is the worst thing that could have ever happened to my home. They were hired to install 6x24 plank tile throughout my home. After a month of having the new floors, the tiles began to pop up off of the substrate. We had Davi come out to identify the root cause and after about 2 minutes of checking he stated it was our foundation. Davi also left a razor blade protruding from our floor in his attempt to pop up a tile. Our two-year old found it and was holding it in his hand. We had to hire a foundation company to evaluate our home and they refuted Davi's claim immediately after review. Davi then attempted to push the blame onto the manufacturer of the thinset. A representative from Laticrete came out and refuted that claim as well. The rep stated the installers did not properly prepare the substrate, applied inconsistent trowel marks, improperly mixed the thinset, did not clean the backs of the tile, did not key tiles into the substrate, and used incorrect thinset and grout in relation to the 6x24in tiles. Davr ordered the incorrect materials and his installers were not aware of the requirement of a medium-bed mortar versus the thinset they used. We were also informed that Prestige purchases whatever material is the cheapest at the time so they can increase their profit on the markup. It took having a flooring inspector coming out and validating that indeed the fault was on Prestige and their inadequate tile installation before Davi would even entertain the idea it was his fault. We have had dangerous floors for over a month now as Prestige decided to remove tiles in our living room. We now start over in a worse off position than when we hired Prestige and will encounter significant additional costs to have our floors completely redone. Davi did not inspect their work each day and did not come to inspect the final result either. This is the absolute worst experience I have ever encountered with a business. Again, no one here including the owner nor the installers follow industry standards. I hope you will think twice before inviting them into your home. They WILL NOT stand behind their work!