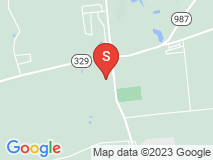 VERY SATISFIED WITH GIRARD, THEIR PRODUCTS AND VINCE'S TECHNICAL SKILLS

Minutes after I contacted Home Advisor I received a call from Girard’s to set up an appointment for the next day. One of my garage doors was stuck closed, the other stuck partially open.
Vince arrived on time the next morning and carefully assessed my situation. He first checked for simple fixes . He provided an exact quote for each possible repair as he went along. He answered all my questions patiently and knowledgeably. At the end, it appeared that my 17 year-old opener needed replacement. I decided to buy an opener which was not on his truck. Vince provided me a detailed brochure of the Liftmaster I wanted, assured that it was available and returned a couple of hours later with it.
Again he arrived as scheduled and began the work immediately. It was quite obvious that he was skilled in what he was doing. He reinforced my larger door and alerted me to the need to add a safety device to the second door. When I thanked him for a few minor repairs and for reinforcing the garage door, he said “I like to help people out.”
When the work was completed, Vince removed any debris, checked and re-checked the operation of the doors, made sure that I understood all aspects of their operation and presented me with the bill as estimated.
I felt very fortunate to have had Vince as a technician. I found him intelligent, personable, and professional. He left me with a garage door set-up which was superior to the original when the house was new. The price was fair for the quality of work.
Not only was I pleased with the work but it was also a pleasure to have such a skilled craftsman working on my property. I can heartily recommend Girarard and the products they sell.