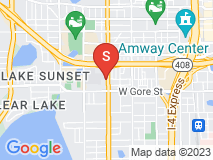 A week or so again, late at night or early the next morning (over the weekend), we noticed water leaking in the kitchen. After contacting our Home Warranty Company who did nothing to help us (an epic fail), my son went online to find us a Plumber. Based on a prayer for guidance and customer reviews, we settled on Drain Genie Plumbing Services and I am so glad we did! On a Sunday afternoon, we reached out to them and John called us back right away. The next day (we were able to turn the water on and off as needed), John had an employee come out to find the source of the leak. This was the beginning of a wonderful experience with a group of the most hardworking, courteous, professional, and honest people we have ever encountered in business. Although it ended up being easier to replumb the house than to fix the leak, the cost was so very fair. When we had a previous leak, another company quoted double what we paid to get the work done. These gentlemen, starting with John were superb - positively superb. They came in and did an awesome job in 5 hours. Outstanding! My son, who followed them around to see what they were doing and to move stuff out of the way when needed, was told, and showed everything they were doing. They answered any questions he had without hesitation or attitude. The next morning, the drywall team came in to do patch work. The drywall team was also outstanding. They were in and out in less than 3 hours after arrival. A day later, we had a few issues after everything was done and I called John. Within an hour, Aaron and his son were at the house and they took care of the problem right away. After they left, John called back to follow-up and explain to me again what happened. This is an outstanding company with great employees. Believe me when I say that I am not talking them up and I am afraid these comments do not adequately do them justice. We prayed for guidance and that we would engage with the right people. Plumbing is expensive and as a recent retiree, I do not have money to burn. Our prayers were answered when we entered a business agreement/relationship with Drain Genie Plumbing Services. They will be our plumbers forever! Thank you so much for doing a great job and for the pleasure of working with John and his staff.