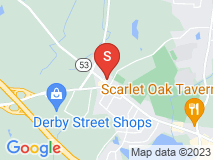 DO NOT USE!!!! I will never use this service ever again and will tell everyone I know to not use this company. This company almost ruined our entire wedding because their AC was BROKEN on a 70+ degree day and the driver made me and my bridal party completely uncomfortable with his behavior and his driving. He made all of us car sick and me, the bride, so car sick that I almost did not make it down the aisle. The service was so bad that we fired the driver on the spot after the ceremony and all found alternate transportation to the reception. I'm not usually one to write bad reviews but the other awful part about this experience was that they were completely unapologetic about the whole scenario when we called the next day - well, they "apologized" for the inconvenience after me, my mom, and my sister separately spoke to them about the issue - but there was no other action to make us feel like a satisfied customer. He informed us the AC was broken but defended the driver. They also blamed ME - that in the "drivers notes" he put "the bride seemed nervous". Yup .. I was nervous alright.. that this guy completely screwed up my entire ceremony by making me sick with his driving and with the way he was acting!! Also, multiple people came up to us stating that it seemed the driver was "on something" and that was acting completely erratically. So it was not just me that noticed something was off. NO money reimbursement was even offered except we received a free ride to the airport by a completely different driver - the ride would have only cost us about $80 if we didn't get it for free so I don't consider that even a dent of reimbursement compared what we went through. We only technically used half the service we paid for, even though it was our choice to fire the driver, the experience we had left us no choice BUT to not use the service anymore. I feel as though I cannot put into words how awful of an experience this was. And the fact that they don't even care makes it even worse.

Thank you for the review. I would like to apologize that your experience with our company was not satisfactory. With that being said, I would like to comment on a few of the issue that you mentioned in your review. To start, the particular driver that you mentioned in your comment has been with our company for nine years. He has been specializing in wedding transportation for just as long. I feel that it is in poor taste that you would accuse anyone of "being on something," when all of our chauffeur's have an extensive background check and random drug screenings to ensure the safety of our passengers along with the public. I would also like to add that after you "fired" the driver, 2.5 hours of the 3 hour package were already used at that time. The office did in fact speak to the mother of the bride a couple of days later after the issue, which we later found out, was not in the vehicle. Knowing this, and after she expressed her concern, we wanted to speak with someone that was actually in the vehicle in order to try to rectify the situation. At no point, was it ever our intention to point the finger (so to speak) at the bride or any of the passenger to make it seems as if it was their fault for any issue. As far as the A/C was concerned, a diagnostic check was done on the vehicle and it was noted that it was not blowing as cold as what it could have been. A small leak was found in the system during the diagnostic review of the vehicle and was rectified. Please note, that a vehicle check is done prior to departure for any event and all systems were noted as in proper functioning order. Unfortunately, mechanical issues can arise during the time of any event and can be beyond our control. We did in fact offer roundtrip transportation that would total $200 to the airport. It was noted that you only wanted the one way transfer. We apologize again that you did not have a great experience with our company. With that, I would invite you to read the hundreds of positive reviews that are online and boast the driver that you refer to.