Whether it's a day-to-day task, long term project or annual maintenance, Gaspar's Handyman is here to help you take care of your home. 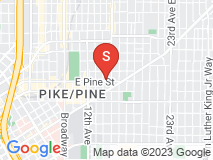 The worked turned out okay but there was a breakdown in communication.

Gaspar's Design & Construction just remodeled my entire kitchen. This was the first time that I had hired them to do work for me. I also had them remodel a stairwell. The project turned out okay. There are a few things they are not quite finished yet. After the work was completed for the most part a few things did not work out exactly as I had hoped. There seemed to be a communication breakdown. I did not read the drawing plans as well as I should have and clearly did not look at certain details. I first went over the plans back last Summer around July or so. They did not begin the actual work on the kitchen until April of this year. For instance, I chose a sink that I liked and it took a very long time to come in. Had I been made aware that it was going to be a customized color and design perhaps I would have chosen something easier. I believe that the plumbing had to be up to code and so it made it difficult for the sink to meet the requirements. Also, when they finished the work, the outlets were showing due to code. To me, that should have been made known because it is a design/build entity. I think they do good work if it was not for the breakdown in communication. We did not talk enought about certain details to make sure it was exactly what I wanted or what I could not have because it would be too difficult to bring up to code. After they finished I realized that a few things were not quite right. The design and fabrication were finished on the cabinets but they still need to come back to fix those few little things. I probably would recommend them and might use them again, but wish I had been better informed on the choices that I had. Again, I might have chosen things differently.