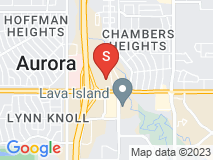 The company is very prompt and responsive. We had first used the company for a panel upgrade. They were a little more than the other bids we got, but liked them a little more, so we hired them. This job was done excellently, we decided to use them more. We have a remodel going, needed some wiring moved during. Moving a switch 12 inches and installing a wire box for existing wiring and mounting fixture came to the tune of $650. Ouch, that's seems expensive, but we made a choice and they were good, whatever.

Yesterday they came out for what will be the final time. I told them during the kitchen remodel the wall is being open. The contract doing the work wants the lines to be dealt with so they don't have to worry about it in the framing. Admittedly both the electrician and I were a little confused as to why the contractor just couldn't work around the wiring, it's pretty common, but that's what they requested. JM came out, spent 15-30 minutes on onsite. flipped a break, left the wires hanging down (not a huge deal, but you could have cared a little more). Started to just check everything. To my dismay he left the outlets 12 inches away live. I texted him and was pretty livid, I must admit. Completely unacceptable. He made excuse after excuse. From I should been there to provide instruction, to the remodel was poorly planned.

I get it, I think they should have worked around the electric, too. However, they requested I make it safe for them. Despite any excuse you have I told you half the wall was being removed, cap the electric, and make it safe. His response multiple times was "Well no contractor is just going to cut into walls. You DON'T know what they are going to do. You charged $250 for less than 30 minutes of work you didn't care about, and you COULD HAVE KILLED SOMEONE.

If he didn't do such an awesome job on the panel I'd probably be taking more action and finding ways to report them and open complaints with the BBB. At this point it has nothing to do with price gouging. I'd gladly pay double to make sure someone made it home to their family safely.