We are a full service floor covering company that carries carpet, hardwood, tile, stone, vinyl and vinyl tile, cork and other flooring materials 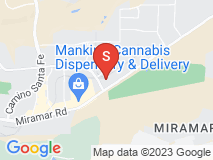 As far as the business goes, Metro Flooring is really really great. We live in Santa Barbara but these guys are in San Diego but they were still willing to work with us which I thought was really great. The selection and measuring processes were smooth and really made for a great impression with me. My only issue with this whole experience was the installers. The installers themselves were very nice and polite but there was some miscommunication that led to some discomfort on my end. I was told that as long as I emptied out the drawers and stripped the beds, these guys would move the furniture, but when they arrived that was apparently not the case. When they were laying the carpet they actually came up a little short and so they had to come back and touch up some things. Other than that though, Metro is really great and I would definitely use them again.