kitchen, bathrooms or floors, We are a general contractor family-owned company with hundreds of products and designs and more than 18 years of experience 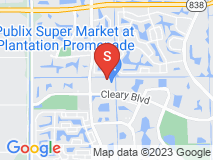 I had a sort of mixed bag when it came to my experience with Fresh Floor Kitchens & Bath. The thing that I liked the most is that they got my whole kitchen done in four weeks which was what they originally quoted me. The workers were all nice and good guys which was also good. My biggest issue with these guys is that they would not let you know ahead of time when things were going to be done. They could really stand to improve their communication because one week no one showed up the entire week and I was a little worried that they had forgotten to finish my kitchen. Also I have been having a problem with one of the kitchen drawers and it has not been easy trying to get them to come back out. Other than that though my kitchen looks great.

We greatly appreciate you taking the time to put a review together for others to consider, and we apologize if you might not have understood the way our company works in the timing and scheduling aspect of the project. As you may recall the day of closing we provided you with a Set-Up Guideline that stated, “THE FACT THAT YOU DON’T SEE ANYONE IN YOUR HOUSE DOESN’T MEAN WE ARE NOT WORKING IN YOUR PROJECT”. It is solely at the PROJECT MANAGER DISCRETION to handle the workers time line. He is the one who decides what’s going to be done what day and at what time. Our GOAL is to FINISH ON TIME and to provide the best QUALITY”. Reason why on closing day we always suggest that the best way for our clients not to have their daily routine disrupted is to set up a lock box. Also as mentioned and stated in the guidelines, “If you want to know what is going to happen the next day call or text the Project Manager by 5 pm of the day before”. This is a system we have created to make sure our team can perform the scope of work within the contract timeline. In regards to your drawer issue the first time you contacted us, we did send the carpenter to take care of it. After that you have never contacted the store to inform of any additional problems you may be having. Since we provide our clients with a year warranty on labor, we make sure that everything is taken care of at no additional fees. Please definitely contact the store at your earliest convenience so we may handle this or any future issues.