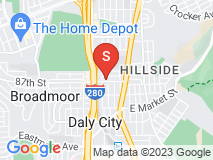 I did not have a good experience with Alert Pest Control. The last thing that happened was John, the owner, said he would refund me $125. I called him about a week or two ago and the girl on the phone took a message, but he never called back or sent a check. We were not satisfied with their work. We thought we had bed bugs but we didn't and they didn't figure that out so they just sprayed for bed bugs. I personally did a lot of research and figured out that it was rat mites. The fella that came out should have known that something was not right. Every time he came out he set traps and there was never anything in the traps. He should have figured it out instead of spraying for bed bugs every time. I asked john to send out someone different but he never did. So, in a nutshell, they were spraying for bugs I didn't have and did not solve my bug problem. We are still waiting for the $125. But we have yet to hear or receive anything. I would not recommend this company.