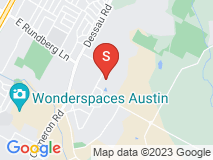 BEWARE... DO NOT EVEN CONSIDER

I went to their website and filled out for a moving quote. The quote fit my budget so I scheduled the move for Wed. morning between 8 and 8:30 am, since we closed on Fri. They called and rescheduled for Thurs. at the same time in the morning. Come Thurs morning finally around 9:30 am they show with a trailer that was way too small. Spoke with the owner Terry on the phone and he said the price would go from $1400. to a max of $1700. due to the amount of stuff and needing the larger trailer. 2 movers left to go get the trailer while one stayed behind to help me move my furniture and boxes to the driveway to have ready for the trailer. They finally returned around noon. When they returned they said the boss had decided to now charge $2245. but that price was an estimate and could change as they load the truck. By this time I was getting upset and asked to talk to the boss again. They finally got Terry on the phone again and I told him we needed an exact quote before loading, his price had gone up over $800. and was not firm yet. He said we had 250 to 300 boxes and they would be $1.00 each on top of the $2245. ( we ended up having only 162 boxes. We have video, audio, and photos to prove the facts.
I told Terry, you have my hands tied and I will pay what ever you wish, I just have to get moved or be sued by the buyer that was moving in tomorrow. I told him I will let everyone know what he does to his clients by designing a website and witting reviews. He stated he had this same issue before and was going to refuse to move me. He then instructed his guys that the move was off. He said he would have them put my stuff back in the house. His guys said they needed to call him and see and went to the truck to do so... started the truck and drove off. Leaving an elderly couple and my disabled wife with half their home in the driveway. THIS IS THE WORST COMPANY YOU COULD EVER IMAGINE... DO NOT EVEN CONSIDER THEM FOR A MOVE. Website will be up soon and will include litigation updates.I will not quit until they are out of business... www.apachemovingaustin.com