Helping people restart their lives through bankruptcy relief (chapters 7, 11 and 13), foreclosure defense and credit repair in the Jacksonville, FL area. 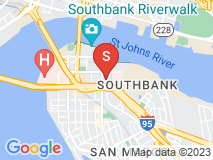 If it wasn't for Robert Peters, I would have lost everything. He saved me.

I would recommend Robert Peters, Attorney because I went through some terrible financial trouble and if it hadn't been for him, I would have lost everything.
I had to sell my 401K because the big company that I had went bankrupt during the collapse and I was right at the age when I had to take care of many things and that's exactly when I hit bottom and anyway, I had never had any trouble whatsoever but all of the sudden my mortgage and everything that I had was at a low. I was about to lose everything, so I talked to Robert Peters and he showed me that he could help me.
He filed bankruptcy for me and he was able to keep my mortgage and I paid it all with my 401 K. At the time I had two jobs then that happened in 2000 and Robert was able to clear everything up. Within a couple of months i started getting credit inquiries and started to rebuilt my credit and within a few years, I was able to build my credit and I over 700 and my debt is now 26%
He saved everything that I had if it wasn't for him, I would have lost everything,