Established in Edmond, Oklahoma Faith Electric is proud of its 23 years of extensive experience. We strive to supply our customers with the highest quality service. 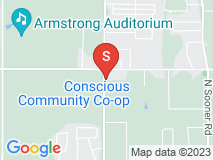 Charged for services not performed

Charged for starter and carburetor that were never replaced. Still has original starter on unit, same # as orig starter on unit. Generator had only300 hours , started maybe 40 times. Hardly worn out, they are designed to run for 30,000 cycles or more. Of course they didn't have the old starter. Even ruined the wireing integrity of my motorhome because they didn't know where the coach batteries were and direct wired my generator to my chassis battery. The starter had no problems I brought it in for the carburetor because I hadn't started it often enough and it wasn't operating properly, it wouldn't start because the batteries ran down sitting at their shop for a month , thus unhooking other wireing and rewireing my system. My old starter worked fine but they charged me 350.00 for a new one. All in the name of $@!#%. Audit everything they charge you for. Fortunately I've dealt with shady contractors and know a lot about their ways..They will prey upon your ignorance. I was rudely run out of Mr Admires office and told never to come back. I was also told by the technician that they didn't work on motorhomes anyway. Maybe they should have told me that when I brought my generac gen to them .l have built several high rise bldgs and never saw such incompet people.. Preparing legal remedy. Maybe they didn't learn from another contractor that would work in the name of the Lord. He got caught scamming customers and got found guilty. It took years for his business to recover. Greed knows no boundaries . Pray for these people!