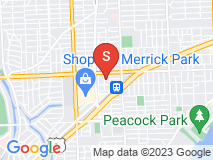 PAINFUL EXPERIENCE - RUN FOR YOUR LIFE

RUN FOR YOUR LIFE…….my wife’s Mini was damaged late last year and it has been an ongoing disaster after taking it to A AUTO TECH.

You can’t make the below up. I have been in body shop Hades.

Let’s start with Part 1: The car was in the shop 49 days for the original repair. They felt the left aperture panel could be repaired and when they did not want to repair it after two or three weeks of the car sitting, they ordered a replacement part holding up the repair. Other parts were not ordered timely. When advised the car was completed, I went to pick up the car FOUR times and the outcome was sub par and I had to leave the car there for more attention each time. Over-spray, poor painting, missing plastic clips, body panel alignment, etc. MY INSURANCE COMPANY PAYS FOR 30 DAYS OF CAR RENTAL. I WAS OUT OF POCKET HUNDREDS OF DOLLARS. No compassion on their part. They blamed Mini parts. When I went to pick up the car the first time the owner asked me if I knew of a good detail person to address the paint issues on my car. Initially I was speechless…I told him no, he explained he was down employees that clean up vehicles after bodywork …amazing. So, after going back and forth 4 times and getting my insurance company involved to lever them, the car was finally picked up by me after addressing the slop.
No compassion on their part.

Part 2: The interior was damaged (see photo), as they placed all of the body parts inside of the vehicle during the repair. The owner steered me to a upholstery repair shop where the seat backs were repaired. I was again inconvenienced having to take the car back and forth to an upholstery shop, more UBERS. No compassion on their part.

Part 3: I had not driven the car (my wife’s) since the above, as it is a lingering bad memory and I now hate the car. Early last week I drove it for the first time after bringing it home. I noticed a clunking when the steering wheel is turned in either direction (my wife drives with the radio always on). I also saw that a replaced trim piece on the windshield pillar was sticking up. So I took it back last week to A AUTO TECH , they told me the steering rack and pinion was missing a tooth due to the accident and to bring it in and they could also fix the trim. They advised that the repair could be done in one day. I brought it in last Friday. Here we go again... At the end of Friday, I went to pick it up after calling and assured it would be completed. About 5:30 I was advised that the rack needed to be programmed and would not be completed until next Monday or Tuesday as they relied on a vendor to do this. THIS IS AFTER BEING TOLD IT WOULD BE DONE IN ONE DAY AND EVERYTHING WAS DONE IN HOUSE. The rack had to be programmed before, this is not new info.

So, the car is completed on Tuesday and I pick it up. On the way home it I see a check engine light, never seen before. The next AM I take the Mini back and they clear the error for a emission valve (near the steering rack). On Wednesday I am driving home I realize the car has no maps or navigation functions. I call them back and they ask me to bring the car back in the AM next day.

The next day before going there, I realize the above trim was not repaired…. So I again ask to have this addressed when they attempt to fix the above maps and navigation software. They fix the trim that was never fixed last week now ADVISE ME THAT THEY CANNOT FIX THE SOFTWARE AND TO TAKE THE CAR TO THE DEALER-MINI. I make mention of my ongoing inconvenience and get the response “isn’t the car under warranty?”.

If you enjoy the above pain, bring your vehicle here.

I wondered why they have the reviews they do. I surmise that because they offer a lifetime guarantee for the work performed, as long as the owner owns the car that most folks are not complaining.

We are very sorry for your negative experience here at A Auto Tech,we did keep him aware of the delays due to parts availability not neglect,referece the quality of the repair he did have to come back a few times to resolve his vehicles issues.The damage to his car was intense and difficult repair,as we kept repairing more damages were found some structural which have to bve atteneded to first toi properly fit all body parts and avoid wind noise & water intrusion.This is a hybrid vehicle with alot of complicated components that have to be addressed at different times thruout the repair.Regardless no excuses he is correct for being upset and we hope the final to this is the car is in pre accident condition.At no time did we show a lack of care to Mr. Riedmiller or intended to make light of his situation.