Budget Rooter Plumbing Plus is your source for quality Sewer, Drain and Plumbing services at reasonable prices. We enjoy our work.and it shows! 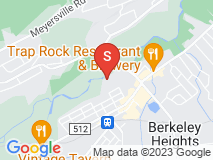 It was OK but could have been a lot better

The Budget Rooter Plumbing Plus! service was OK for my first time using them, but they could have a more pleasant and friendly demeanor. They were prompt and did the work in about an hour. But, it was almost like everything was a bother for them and they didn't want to honor their coupon.

They snaked out a main line and also the main drain waste pipe. At first, Gary didn't feel he could give me a concrete answer on what was causing the problem, so I had to ask for a video inspection. He acted like he didn't want to do it, giving a bunch of excuses before running the video camera that's on his truck. The issue wasn't what he said it could have been. Eventually, the problem was solved.

Another thing is that Gary has coupons printed on his website, but he doesn't want to honor them. He said his prices are already fair. But, if you are going to have a coupon listed that you won't honor, then it is not valid and needs to be removed.

I would possibly use them again for an emergency service, but I'm not so sure for other services.

Very surprised at this review as I remember clearly us going above and beyond to solve this landlords problem. We also took it upon ourselves to perform the video inspection as we were having a difficult time unstopping the line due to not having access to all 3 of the row houses. As for the price the landlord negotiated it down before we began and it was understood that was the lowest we could go.
Glad to hear he would use us again.