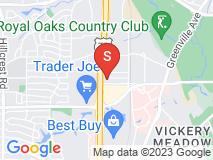 AVOID THIS COMPANY AT ALL COST! As a Veteran of The United States Marine Corp, we were taught Honesty and Integrity are values we are to exhibit at all times, sadly this company does not have either of these two traits. Seven years ago, I purchased a brand new Rheem A.C. unit from ESH (Efficient Home Solutions) and every year since, I’ve had to have it repaired. Again, last night this unit failed for the second time this year for the same part they just repaired. I called ESH last night for their “24/7 Emergency Service Call” that they advertise on their website, and was told by the owner David, that they couldn’t help me tonight; that the best they could do is 11AM-1PM the following day. After telling him of all the problems over the past seven years, his only comment was, “Well parts fail.”
I had to call another company out to fix the problem and they came out in less than an hour and fixed the problem. The contacter ESH installed failed and the new company tech suspects that it was due to ESH’s poor installation. One of the wires was more than likely loose and caused the wire to burn up. Seven years ago, the first tech ESH sent out was not very competent, and I requested another tech. They then sent out a tech named Michael. This technician was fantastic and every subsequent service call, I would only request him. Sadly, a few years ago he left the company, and this company has gone downhill in blinding speed. Please do yourself a favor and AVOID doing business with this company! They sold me a Lemon and I may have to seek legal counsel to see if I have any recourse. ESH should do what’s right and replace this entire unit, but I doubt they will do that!

Let me apologize again for not having any availability in our schedule last night to send a technician. It was a busy weekend for us and all Technicians and on call technicians were booked.
Because of this we had to unfortunately schedule other clients on Sunday afternoon/evening for Monday morning and this is why our first available was 11AM.

I am sorry we let you down Sir.

Thank you for your Service yo our Country.