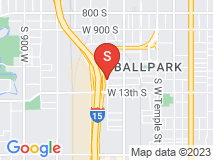 Schneider Auto Karosserie Body is a phenomenal company! This was our first time using them. A guy that my husband works with knows Margrit and has taken his vehicles to them before and has always been pleased. So when my car had damage from hail I gave them a call. They were very responsive and were willing to talk with me when I had just called asking for general information and a quote. They talked about something called a paintless dent repair. I had never heard of that before and I was a bit skeptical. I was thinking of the time when you would pull dents out and all the paint would crack then they would put Bondo on it. They took the time to explain to me what this new paintless dent repair process is and how it works. When I brought my truck into them there was a problem with the insurance. I ended up having to pick my truck up and had to call to battle with the insurance about the hail damage. When I called into the shop and explained what the insurance company was trying to tell me the manager, Marion, said that was incorrect and he did a three-way call with myself, the insurance adjustor and himself and he got the whole situation resolved. The insurance company had been trying to say that the repair shop would not do the repairs when all along it was the insurance company who was trying to ditch the claim and Marion went to bat for me. So I took my truck back in and honestly, it looks better now then it did before the hail damage! They did a spectacular job! Their pricing was very reasonable too! I got a quote for another area that was damaged (beyond the hail damage) and their pricing was spot on! So I had them repair that too! Any time I called in with questions they were quick to return calls. If I stopped in Margrit was always friendly. I feel that they are very honest, trustworthy, they run their business with great integrity. They are very professional and very polite. In this day and age, it is difficult to find a company that you trust for their honesty, so I am very happy that we found Schneider Auto Karosserie Body and I would absolutely tell you not to search any further if you need work done to your vehicle!