Business Description:
At Arnold & Sons Plumbing, Sewer & Drain, our team and I are here to help with the Plumbing, or Sewer work in your home/building.
5 682 reviews 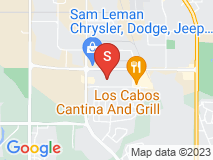 If Using Them Again, It Would Be That I Couldn't Find Anyone Else

Arnold & Sons Plumbing, Sewer & Drain came out to unclog my toilet. I was always able to unclog it myself, but this time was unsuccessful for me. The plumber that came out was a very nice man, but, he tried to upsell me on things that I didn't need. Without my permission, he looked around the house and came up with over six thousand dollars as an option, four thousand as an option, and two thousand as another option. He was there to strictly unclog the toilet, which he did do. When giving me these quotes, he was sure to let me know that he would take the $170.00 charge for coming out if I agreed to one of those options. I think I was being taken advantage of because I am a single white female, and I don't appreciate that at all. I believe if a senior citizen submitted to the same upselling, they would believe anything they told them without getting a second opinion and been severally taken advantage of. I think the upselling is typical for this company and not appreciated at all, and very ridiculous. I called a different plumber as a family friend who came out and looked over everything that Arnold & Sons Plumbing, Sewer & Drain said that needed to be done. This plumbers' recommendation was for the hot water heater to be replaced, which he did. He let me know that the entire scope of the quotes given to me was unnecessary work. I would probably not use this company again. I would have to be unable to find anyone else, and certainly that would be an emergency situation only.

Hi Denise! We are truly sorry you didn’t find the value in your experience. It’s our entire mission to give everyone the best possible experience with the fairest pricing to match that level of service. The parts, timeliness, team and company are all factors in what it takes to bring a 5 star experience. We certainly appreciate your honesty and the time you took to review. Please call the office if you would like to discuss this further as it is our entire mission to leave you feeling better for having done business with us.
Our office: 309-691-8291