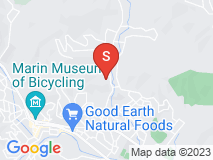 Fairly Difficult To Communicate With Them

This was my first and last time using A Small World Tree Co. My neighbor was using them and she is pretty stringent about whom she picks to do work for her so I thought they would be a safe choice. However, I ended up having the same problem with them that she did. There was a huge lack of communication with Natalie. It was difficult to get callbacks from her. It was difficult to nail down the scope of the job with the crew. I explained several times (meaning more than once) what I wanted to be done and they did not listen. They cut back what they felt was appropriate. When I explained yet again what I wanted to have done (that I wanted everything cut all the way back since it was fire season I wanted everything pruned back as much as it could be) they double charged me. Turns out the neighbor asked for the same thing and they charged her twice as well. This just is not good business practice. The crew was nice and respectful with the exception of the fact that they did not listen to what I wanted to have done. I would not refer anyone to nor would I use A Small World Tree Co. again.