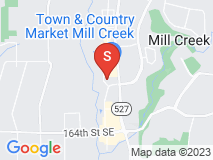 I went with Master's because Chuck seemed like such a nice trustworthy owner but I must say I was unhappy with my experience. His was the highest bid on the house and I expected more. First he said there was 2 tiles on all of the area and the other 3 estimates said that the main roof only had one tile. When I asked him about this, he said he would adjust the cost if he found this to be true. It was true and it was only at my call after I received the bill did he adjust the cost and I am in no position to determine if this is an accurate adjustment but it did seem low. Secondly, after one full day of tearing off the roofing and putting on the tiles on about 65-75% of the job, did i notice it was the wrong color. I could not live with that color and called to ask what color was ordered and confirmed to them it was not the color put on. I again reiterated that I was concerned about the integrity of my roof when putting on the right color. I said I must have new sheeting underneath and when the workers arrived I explained this to them when they were tearing off the shingles of the wrong color that was present. They had not understanding and I asked them to call Chuck for clarification. They put on the roof in one day which seemed like a rush job but this may not be. The last item was that there was a lot of bits of roofing remnants left all over the grounds. I picked up at least over 50 pieces that would not be good for the lawn mower. and all the window sills are covered in soot and dirt which I have scheduled at my own cost someone to clean them all off and water them down afterwards. At the cost I paid I imagine a company doing a better job of this. I felt I should have had some compensation for all that went wrong with this job and therefore could not recommend this company for others.

Dear Pam,
I am so sorry to hear of your disappointment in our clean-up, Also in the amount of discount we provided for only one layer on a portion of your home. We were unaware of these issues until just, reading your comments ! First we will be happy to cover any cost you may have incurred for cleaning on your window sills. I will be happy to discuss the discount we provided & how that was calculated. I would like to send a gift certificate for any inconvenience this may have caused you. I hope you will please accept our apology for any deficiencies in the clean-up.
Thanks !!
Best Regards,
Chuck Dominguez
Owner ~ Manager
Masters Construction & Roofing
Office: 425-338-1215
Cell: 425-244-0551
Office & Showroom:
15712 Mill Creek Blvd Suite 8, Mill Creek, WA 98012
Providing Excellence Since 1978
chuck@masterswa.com
www.masterswa.com
Connect with us: