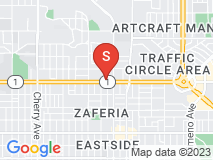 I am very disappointed in the recent service I had from Pete's Plumbing. I have been their customer for about twelve years and have always been pleased in the past. On new year's eve they came to unclog a sink in my kitchen. They broke a pipe and it sprayed over the sensor component for my faucet which made it useless. They wanted me to give it 24 hours to dry out to see if it would start working properly. It did not. They said they would order a part. I have called them several times and have been told they would get back to me. They haven't. I feel I am being ignored. The faucet cost me $900 and the function I purchased it for does not work now. I don't understand why they will not return my calls. I have given them referrals, but I don't know about the future. I wish they would call and tell me what is going on.