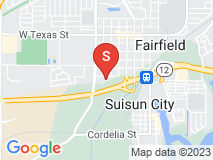 I have had mixed experiences with North Bay Truck Center. One gentleman there is great to work with, and some of the others much less so. I only have one truck, so when it is down, so is my business. On one occasion it was out of service for a week, and I think that was avoidable. My truck broke down, and their tow truck ($300 to go five blocks!) was three hours late. Which in turn led to the diagnosis being done the next day, which led to the truck sitting there on Friday waiting for the part, which led to it being out of commission over the weekend. On another occasion, they did not have an oil filter in stock which led to excessive down time. Like I said above, one person there is very cool, and understanding. But with some of the others I almost feel sometimes like I am being put at the back of the line because I only spend thousands there, and not tens of thousands.