We are a family owned and operated heating and cooling contractor located in Alpharetta, GA. 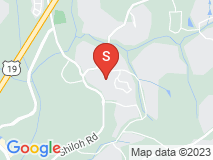 My experience with ClimateSmith LLC has been great! I thought I needed a new air conditioning unit during a time I was both unemployed and recently divorced, so I was monetarily constricted. I called various companies for quotes, and all of them were talking about a replacement costing me thousands of dollars. The last company I spoke with was ClimateSmith, who was recommended to me by my sister. She has a house build in the 1920s, and they completely replaced her system, including ducts and vents. They came in and, taking my circumstance into consideration, realized that my system could keep running about four more years if they were to replace a certain part, which would only set me back a little less than three hundred dollars. They could have easily tried selling me a new unit since I thought I already needed a new one, but they didn't. They helped me out. They are good people. I will be replacing my whole unit soon, and it will be through them. I will not call anyone else!