It is the goal of Willis Orchard Company to make you a satisfied customer--we can accomplish this only by providing quality trees and plants at affordable prices. 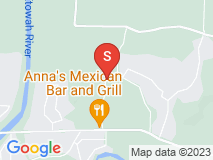 If there was a HALF STAR ,I would have posted instead of a whole one! Bought Four fruit trees and received them in April ( I wish I had read the reviews before I gave them my business) Two out of four trees failed! called and called till got someone answering ( Carrie) she sent me a list of do's and dont's and options in order to get a replacement or a refund, also advised to wait till June in case they miraculously come back to life!!So I waited, it is August and they are still dead, emailed them with several pictures and now ( unfriendly CARRIE) is telling me I either have to ship the dead trees( has anyone tried to ship 5' trees in the mail?) or I would need to pay for shipping AGAIN! Asked to speak to the owner and conveniently he was out of town on vacation!!and not coming back till next week! what day? Oh I don't know, she replied.
Just a lousy business practice.