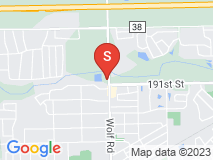 years ago we hired K bros to install our fence.
the year after installation the gate posts had risen. we called K bros with the problem and they came out and instead of resetting the posts they realigned the hardware so the gates would lock (yes both gates had this problem).
The year after that the posts had once again risen. we contacted K bros. again they realigned the hardware instead of resetting the posts for a second time.
years have gone by and one of the gates had risen to the point were we have fencing attached to the bottom of the fence and gate to prevent the dogs from going underneath and a small budgee cord wrapped around so the gate will stay closed.
for the heck of it we contacted k bros. they came out and said we are now out of warrenty and they cannot do anything. our fencing looks bad so
we will go to another fence company and have they do the job correctly.
I would not recommend this company.

Thank you for the feedback. We do hope that you will be happy with another company for your fencing needs. Best wishes to you.