We Come Highly “Wreck-A-Mended”! We Do More Than Fenders & Auto Body Repair... We Handle Everything! 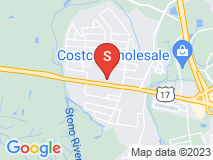 Somewhat satisfied but not completely.

I wanted one thing done by Fender Mender. A simple job just to straighten out the hood and headlights which they said would cost me a hundred dollars. After I dropped it off, they called me to say the frame was bent and it would cost four hundred dollars to fix it. So I took their word for it and said okay. Well, they kept it for four days, telling me it had to be put in the frame machine. Well, how did they know the frame was bent before they even put it in the frame machine? I started doubting what they were saying. It ended up costing me a lot more than I had planned to spend and it took a lot longer than I expected. I'm still not sure the car needed the work I paid for. Fender Mender did straighten out the hood and headlights for me, but I'll never go back there for any more work.