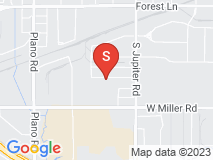 THE Best. End Of Story

I did what they suggested and called THREE other so-called "best in the Metroplex" companies before I called Air & Heat. The other quotes were insane! One quote was nearly three times what Air & Heat quoted me; the only thing "A#1" about them was their high price. I'm not big on endorsements, but in this case, you'd really be wasting your time going elsewhere. David is a top notch guy. No sales pitches or double-talk. His crew arrived and took care of business! I couldn't be happier (unless it was free!).