We provide our clients with information about the property being inspected in a clear, concise, and professional manner. 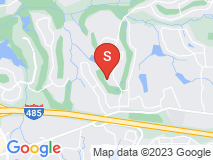 I contracted Starmark Home Inspections to complete pre-dry wall inspection and a final home inspection. Both inspection were very well conduct. The inspections were very detail and things were caught that I was not expecting. Example: During the pre-dry wall the builder had plywood with holes that needed to be replace. There were drilled holes in which had not been foamed which and there were also wood braces that were bent. The report I received were very well detailed and included pictures of all the issues he found. After the inspections John and Robin reached out to make sure all questions were answered about the report. I am glade we chose Starmark because they made this part of the home buying process very easy.